Light Pollution is Preventing Some Clownfish from Hatching 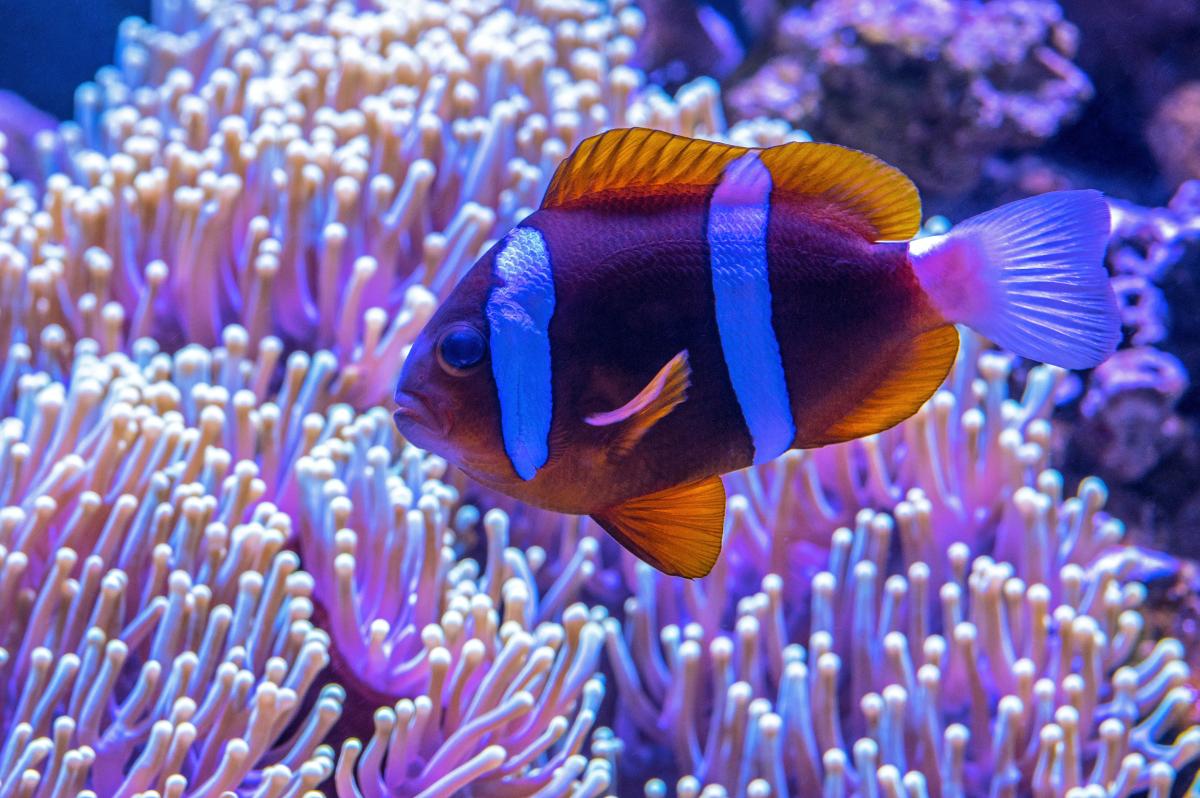 Light Pollution is Preventing Some Clownfish from Hatching

Light pollution causes more harm than simply ruining the view during a starry night. A new study has found that clownfish can’t raise any young when exposed to artificial light.

The study observed 10 pairs of clownfish, with each pair in their own tank. Half of the clownfish couples experienced light as they would in a natural coral reef, with 12 hours of light and 12 hours of darkness.

The other half of the clownfish were exposed to a low level of artificial light at night to mimic the light pollution from an average coastal town.

Over the course of 60 days, all of the clownfish couples in the study laid and fertilized eggs at a rate similar to fish in the wild. But in the tanks exposed to low-level light at nighttime, not a single egg hatched. When the light was removed, hatching resumed at its natural rate.

“I wasn’t expecting the result to be that nothing hatched.” Conservation ecologist Thomas Davies from Bangor University in Wales said. “It’s quite worrying … a really big result that speaks to how light pollution can have a really big impact on marine species.”

Animals have evolved their internal clocks based on the light from night and day timing. With exposure to light at times when it is supposed to be dark, many marine species are confusing these biological rhythms.

“We don’t think about underwater marine systems being potentially impacted,” Emily Fobert, marine ecologist at Flinders University in Australia and lead author of the study said.

Artificial light can be found along the coastline in any developed area from houses, streetlights, hotels and more. And as many places switch to cheaper, more energy-efficient LED lights the problem only worsens. Many LEDs emit blue light, which triggers a number of health effects in humans.

According to Forbert, blue light can penetrate more deeply into the water and cause the most disruption to natural systems.

“If these eggs aren’t hatching because they aren’t getting their light cue … then maybe a predator isn’t getting their food source, and you can chase this effect through the food web,” Damon Bolton, a marine ecologist at the University of New South Wales in Australia said.

Clownfish live for at least 30 years, so they still have the potential to adapt to new light patterns. More studies are needed to show if light pollution bars them from reproducing during their entire lifespan.

Humans can do more to help as well. By converting to LEDs that filter out blue light we can reduce light pollution and our impact on ecosystems like coral reefs.

“While it’s depressing, there is still hope,” Bolton said.

At C&W, we have reduced the blue light content of our LEDs to less than one percent. LEDs are more energy-efficient, but with their high output of blue light, they come at the cost of health issues to humans and a number of environmental consequences. By drastically reducing the blue light output of our LEDs, we strive to make lighting public spaces much more environmentally friendly, hopefully helping the clownfish and many other species as well.