6 Reasons to Switch to LED Lighting 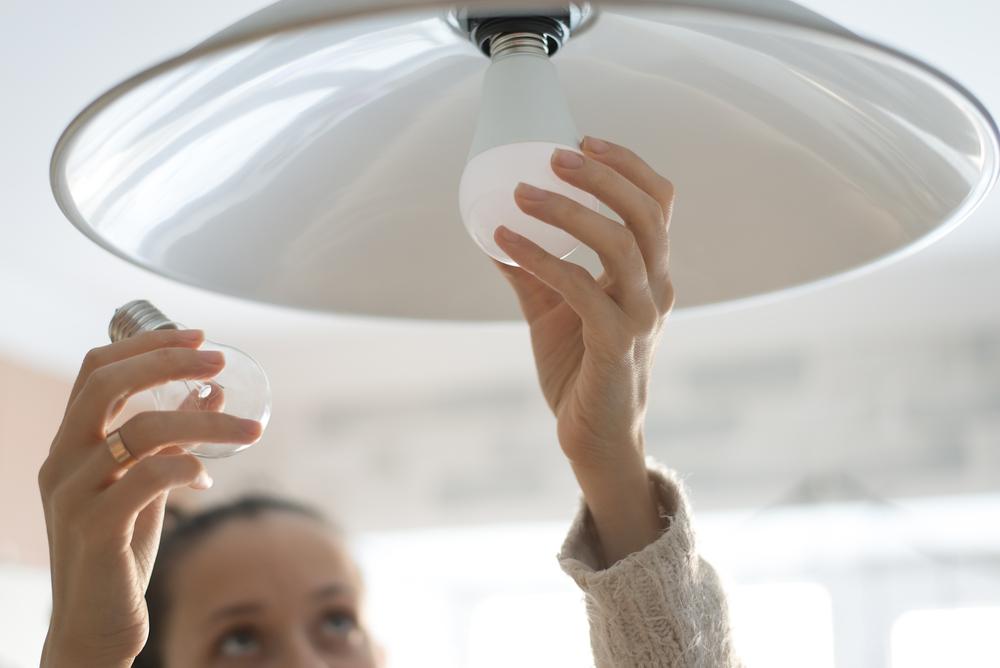 6 Reasons to Switch to LED Lighting

Compared to traditional lighting practices, LED lighting yields a wide variety of advantages. In today’s markets, there are many lighting options at businesses’ disposal. However, LEDs offer improvements in every regard, making them the light source of choice for warehouses, parking lots, offices, streetlights and more.

We’ve gone into great detail before about the major differences between LEDs and halogen, incandescent, and CFL lights. Now, we’ll determine all the advantages to switching your office, warehouse, or commercial building to LED lighting.

Why is it important to replace older light bulbs?
Replacing older light bulbs or lighting alternatives should be a top priority for your business. Generally, warehouses use either metal halide lamps or linear fluorescent lamps. These were drastic improvements to the inefficient, dull incandescents, but these lighting technologies still struggle with efficiency, lifespans, and disposability. Broken fluorescent bulbs can release toxic mercury in gaseous form. Overall, replacing older bulbs can make the workplace safer, more efficient, and more economical.

Advantages of Converting to LEDs

Over time, LEDs have become much more affordable. Since their introduction to consumers, the cost per lumen (the standard measure of brightness) has steadily decreased, dropping in price by almost 85% (USA Today). Now approaching the same cost of traditional lighting, LED light sources are economically viable for mass commercial and industrial use.

In the long term, the United States Department of Energy has determined that LEDs provide significantly reduced maintenance costs. Coupled with energy savings, LEDs are much more cost-effective in the long run.

Supporting their affordability, LEDs last longer than any other lighting product. Different LEDs vary in lifetimes ranging from about 35,000 hours to 50,000 hours. Fluorescents only last approximately 25,000 hours and incandescents only 1,000 hours. Longer lifetimes mean the frequency at which the lighting is replaced is reduced.

In households today, LEDs can save around $1,000 every 10 years or about $8.33 a month by switching to LEDs. That’s about the cost of a monthly streaming service being saved!

LEDs can uniquely emit colored light without the use of special attached filters. If you have a need for colored lighting, this is a much more efficient solution than traditional light sources.

LEDs can also utilize readily available hardware, such as those offered by CWES, to make them dimmable. Giving them the ability to run at minimal lighting and power drastically cut costs. This also provides more versatility and options for the business to control the brightness of their lights.

While the disposal of LEDs doesn’t happen as often as fluorescents or CFLs, it is much safer. LEDs don’t have health risks like high mercury content, and thanks to their longevity take up much less space in the form of waste. LEDs are without a doubt the environmentalist choice for lighting.

According to one source, LEDs light up to full luminescence in a microsecond or a millionth of a second. While halogens can take up to 20-25 minutes before they’re at their full brightness, LEDs illuminate instantly. Thanks to their warm-up times, LEDs can be great for jobs that require faster lighting response times.

With improved energy usage, maintenance costs, and quality of light, LEDs are the superior choice for any lighting need. Need new lighting for your streetlights, warehouse, office? C&W Energy Solutions has the LEDs you need for any outdoor lighting necessity. Contact us today at (480)-998-1694 for more information.