Light Pollution is Changing the Nesting Habits of Sea Turtles 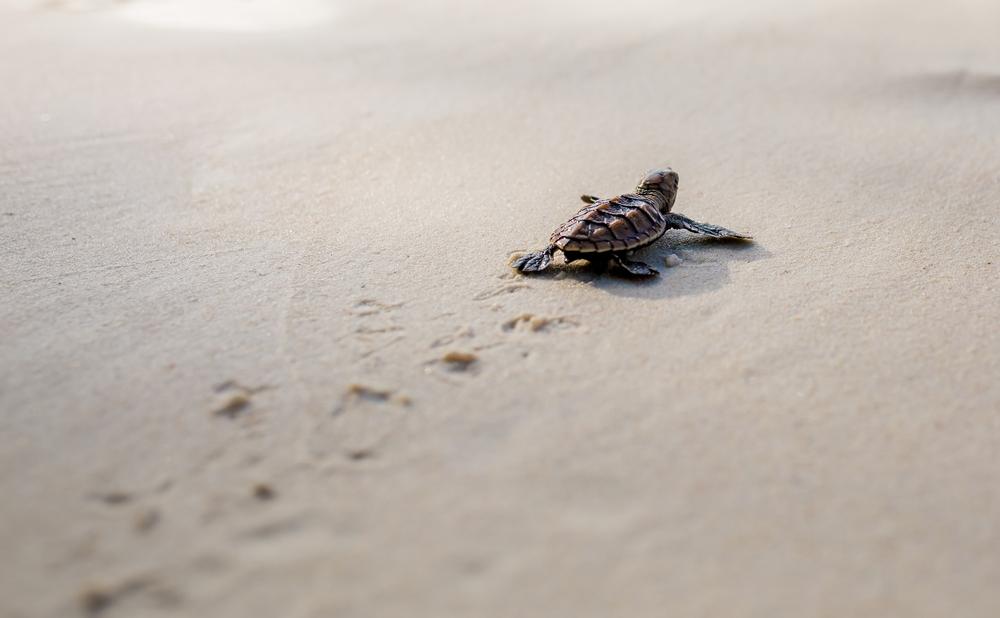 Light Pollution is Changing the Nesting Habits of Sea Turtles

When baby sea turtles hatch, their first instinct is to head toward the moonlight reflecting on the water’s surface — a natural waypoint that leads them to the sea. Hatchlings are drawn to the brightest thing they see, and in developed areas the brightest thing is no longer the moon, but the street and hotel lights.

This disorients the baby turtles and leads many of them away from the ocean, causing dehydration, starvation, and an increased chance of getting eaten.

“During the process of finding the sea, the hatchlings are vulnerable to disorientation by artificial lighting and so some of them head the wrong direction [for example] towards roads. Others can be predated by foxes, dogs, birds,” Tessa Mazor, a PhD. candidate at the University of Queensland said.

According to new research by Mazor, sea turtles nest in the darkest areas they can find. By looking at nests compared to satellite imagery, it became apparent that sea turtles sought the darkest and quietest beaches to lay their eggs. With all of the new coastal development, quiet beaches are becoming much more difficult to find.

“The two species of sea turtle in our study are nocturnal nesters. It is thought that the light pollution along the coast at night could disrupt visual cues. Visual cues are important for sea turtles for other functions, such as finding the sea after nesting or hatching,” Mazor said.

She continued, “Most sea turtle species are nocturnal nesters and thus affected by artificial night-light activity, so these results would apply in areas where nesting beaches are close by to cities and human activities,” she said.

Coastal cities around the world have responded by passing ordinances requiring residents to turn off beachfront lights during turtle nesting season, but this is only a partial solution, as much of the light pollution comes from coastal city lighting.

Conserveturtles.org suggests a number of additional measures to reduce artificial lighting and the damage it has on turtle nesting. These include tinting beach-facing windows and turning off lights that are visible from the beach, using special fixtures to shield the lights from the beach, and using lights with limited visible light spectrum, such as blue light filtered LEDs.

Mazor and fellow researchers suggested that the results of this study could aid in conservation efforts by guiding authorities to create reserves in darker areas along the coastline.

“We must understand threats to species at broader scales and don’t always have the time and manpower to carry out such large on-the-ground experiments,” Mazor said. “In areas where field locations are inaccessible or areas are too vast, satellite imagery and remote sensing can aid us to identify and explore threats.”

C&W Energy Solutions offers lighting technologies with an emphasis on eco-friendliness. We offer LEDs that filter blue light and work to reduce environmental impacts from commercial and private lighting. Find out more about our mission here.